The planning application for 42 solar pv panels on the roof of the existing stable block at Kentish Town City Farm was successful.

Pv panels will cover the southern roof-slope of the existing single storey stable [each panel measures 991mm by 1.65m with a depth of 35mm].

The report said: “Due to their siting, they [the panels] would not be visible from the public realm. It is considered that their design, scale and siting is acceptable and would not cause harm the character and appearance of the host building, surrounding area, strategic views, open space and SINC designations or amenity of neighbouring properties.”

There were nine letters of support and no objections. The installation is set to provide 11.34kWp of renewable energy. 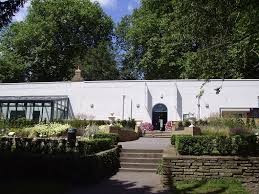 A planning application has been submitted for 127 solar pv panels at the LUX Centre in Waterlow Park:

The proposed installation has a capacity of 34.29 KWp and is estimated to provide 22.82 MWh of electricity which can be used on site to reduce energy costs, saving over 12T of carbon dioxide emissions.

PUNL estimates that between 60% to 70% of the 22.82 MWh generated by the panels can be used on site, resulting in financial savings for LUX and London Borough of Camden, through reduced energy supply costs. PUNL proposes to investigate the possibility of installing battery storage to cover night-time electricity use, including the charging electric vehicles to help tackle pollution in the park.

Thanks to those who have submitted communications in favour of the panels.

On the Caversham Practice proposal, the structural survey was sound, meaning pv panels can be put on the roof.

The next phase will be determining the optimal Kwp of the PV array and fundraising. 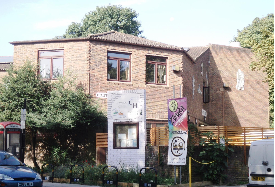 PUNL, with the help of a grant from Islington Council, and Thinking Works organised two energy efficiency workshops for local residents at Caxton House.

Attendees were shown the various different parts electricity bills and what they actually mean in practice, including obscure clauses, and then some common appliances and how much energy on average they consume. Information about switching supplier was also provided.

PUNL features in the Camden New Journal (July 5 issue, page 8) on its thoughts on a potential hydro-electric project in the area, using the underground river Fleet as the power source.

The article points out that hydro-power was used in the area historically. PUNL is investigating the possibilities and feasibility.